CIVIL RIGHTS IN THE UNITED STATES OF AMERICA:

FROM SLAVERY TO FREEDOM. 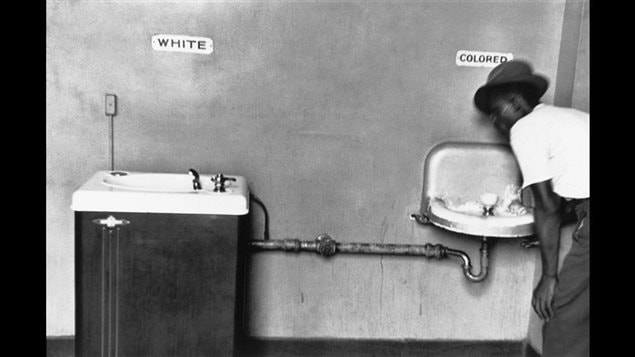 a. Introduce and describe the document above.

b. What is the general topic of the topic? What does the author want to highlight?

c. What do you know about this topic? When did it take root?

II. SLAVERY IN THE USA.

1. Important events in the history of slavery.

Here is a list of events linked to slavery in the USA. Try to classify them in the following chart.

b. Civil War. The South (Confederates) fought in order to maintain slavery – in their view the only system which would allow their economy to flourish. The North (Unionists) fought not only to preserve the unity of their country, but also to put an end to the unfair, inhuman system of slavery.

c. Slave population in the USA had grown to 4 million.

f. Cotton and tobacco plantations established mainly in the South. Workforce provided by “chattel slavery” (ownership of a slave and his descendants).

2.   Comment upon the document: what is it about, what was the situation concerning slavery in the USA in the 1960’s.

3. What is slavery? (+ worksheet and grammar)

Slavery has been imposed on people since mankind’s earliest history. When a clan defeated another clan, the prisoners could be killed or become bound to their captors. They would work for them and were a commodity to be sold. Slavery didn’t necessarily mean brutality. Some slaves would eventually be freed. But slavery in the Americas was a different story. The early European colonials in America (Portuguese, Spanish, Dutch, French and British) of the 16th century saw how profitable it was to colonize the New World with cheap labor. The native Indians were not strong and were decimated by the European diseases. This was not the case for the Africans who had immunity from earlier contacts with Europeans. The lucrative slave trade started between Africa, Europe and America. The first Africans in the American colonies landed in Virginia one year before the Pilgrims landed in New Plymouth. The Negroes were soon indispensable for southern agriculture like cotton, tobacco and rice. But although they worked side by side with whites the colonial laws quickly came to exclude them. Inter racial marriages were forbidden, the courts treated a black criminal more harshly, it was forbidden to educate blacks, African religious practices were outlawed as well as African languages and dances. Their conversion to Christianity went without saying. White immigrants viewed blacks as different: a group of slaves or of poor who were untrustworthy, sexually overactive and overgrown children who could be treated harshly and were to be distinguished by their black color. 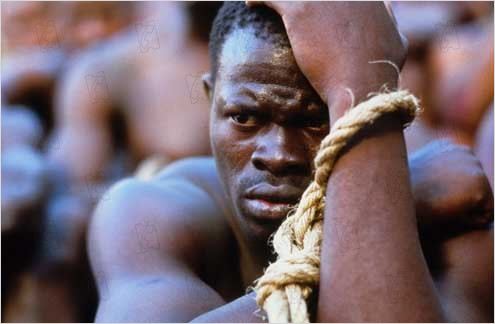 This film by Steven Spielberg (1998) was based on a novel by Alex D. Pate (1997). It relates an historical event which took place in 1839. About 50 Africans had been captured in Africa and taken aboard the Spanish slave ship “Amistad“. They managed to seize the ship and killed two crewmen. However, the Amistad was seized by a U.S ship and the Africans were put on trial. They were eventually freed as it was argued that everyman can escape from illegal bondage. Those who had not died were returned to their homeland in Sierra Leone. The film had a great impact as it showed the life and death on board a slave ship. The trial was also the occasion to depict how the US were divided between the supporters of slavery and the abolitionists.

III. THE LONG WAY TO RECOGNITION.

Do you know all the events mentionned by Barack Obama?

Choose one of the follwoing topics below and prepare an   oral presentation         for the class.

1861-1865: The American Civil War between Confederates and Abolitionists (map)

1964: Legislation of racial segregation in public places with the Jim Craw Laws (text)

1954: Segregation in schools declared unconstitutional by the US Supreme Court

1965: Right to vote given to all African Americans by the Voting Right Act (text)

2. Reading a diary: The Freedom Riders. 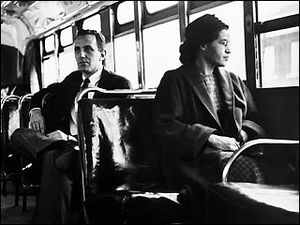 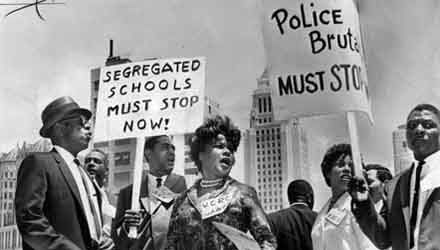 To discover more about this topic, I strongly advise you to watch the movie entitled The Butler (starring Forrest Whitaker, Morgan Freeman and Oprah Winfrey and released in 2013).