Supersize me is an American documentary film released in 2004, directed and starring Morgan Spurlock. During one month, Morgan Spurlock ate only Mc Do's food (breakfast, lunch and dinner). The consequences on his health were terrible: he put on weight (+11 kg), his cholesterol level reached 230....there was also a psychological impact: depression, lethargy. It took him 14 months to lose the weight he had gained thanks to a vegan diet.

The goal of the documentary was to denounce the increasing spread of obesity in the USA.

Here is the trailer of the movie:

The movie opens on children singing a song about fast food companies. We can hear Pizza Hut, Kentucky Fried Chicken (KFC) and Mac Donald's. Then, a voice-over gives facts and figures about obesity in the USA:

- America has become the fattest nation in the world

- Mississippi is the fattest state in the USA : 1 in 4 people are obese

- each day, one in four Americans visit a fast-food restaurant 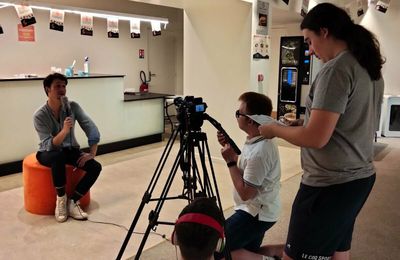